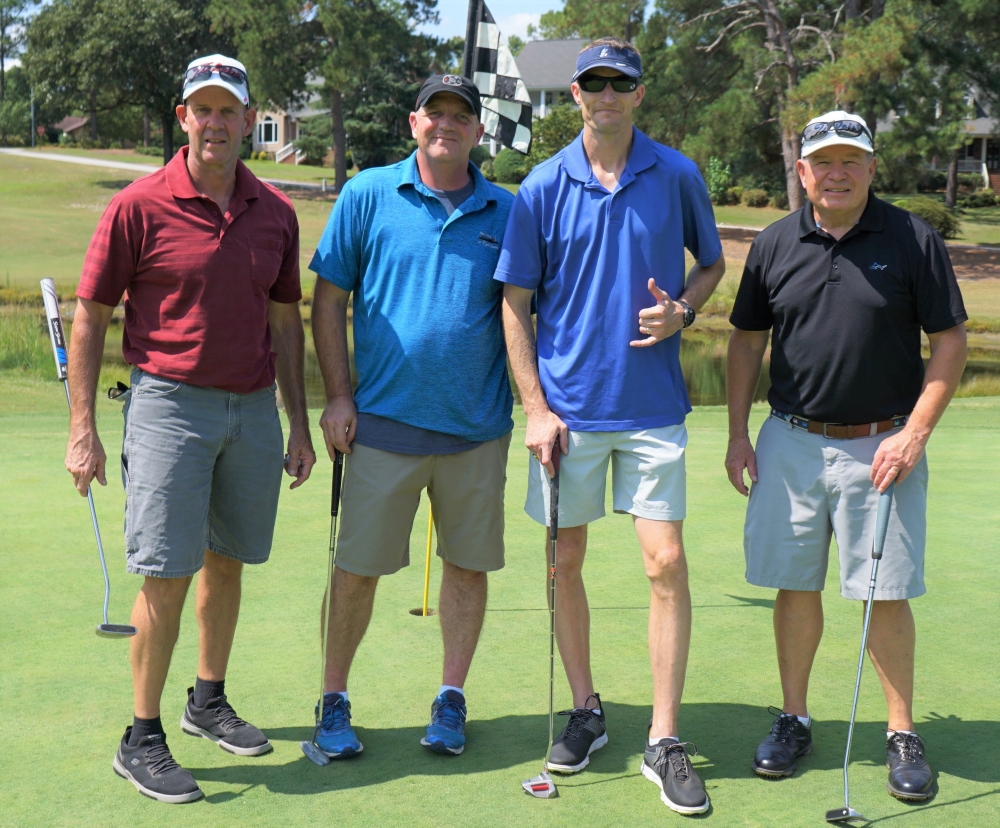 After a year’s absence because of the Covid pandemic, the annual fundraising golf tournament returned, this time to Gates Four Golf and Country Club, on Patriot Day, the 20th anniversary of 9-11.

Juan Chavez, Golf Tournament Committee Chair, opened the event by stating that it is a MOAA tradition to start all meetings and events with the Pledge of Allegiance to the Flag and a prayer. He asked the assembled players and volunteers to reflect on the meaning of the day, and the 3,000 or so who perished on that infamous day, and the thousands of our brave young military men and women who have paid the supreme sacrifice in the war on terrorism since. The Pledge of Allegiance to the Flag was followed by the invocation by Chapter Chaplain Tim Atkinson.

Juan followed by asking the members of the Meinhardt family to center stage to pay them special tribute for all their contributions to the scholarship fund and the annual golf tournament over the years in honor of their beloved parents, the late Colonel & Mrs. Harry Meinhardt. He particularly praised them for putting together and donating over 60 gift baskets for each active-duty soldier who played and the remainder as mulligan prizes.

Players teed off in perfect weather and in great spirits. The event was capped off with presentation of awards and prizes. Overall, the fundraiser was a tremendous success.