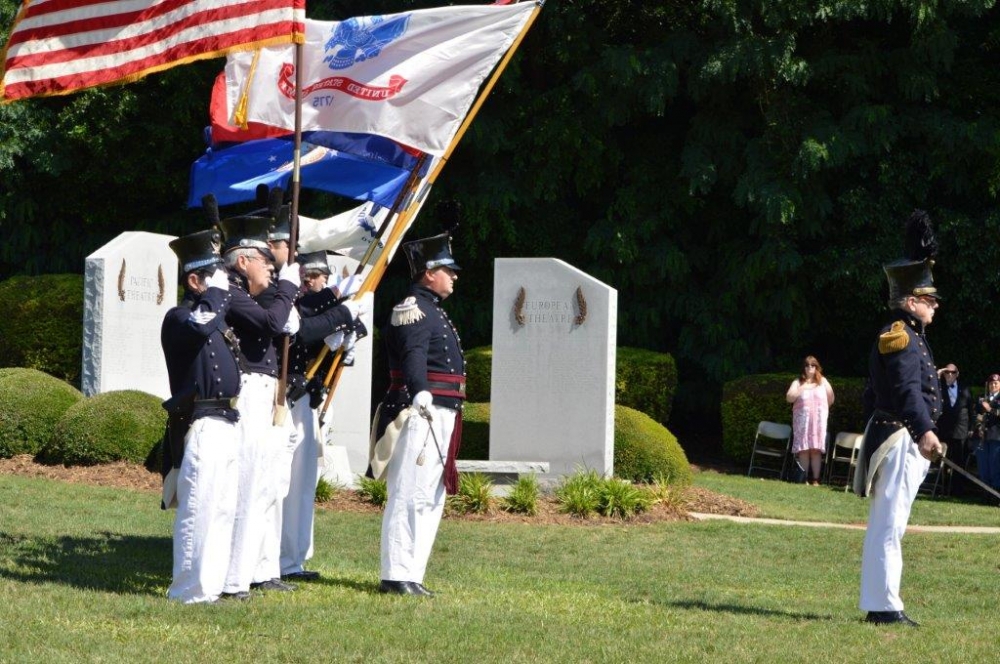 The annual ceremony held at Freedom Memorial Park in downtown Fayetteville on Memorial Day resumed after being canceled in 2020 because of the Covid-19 pandemic.

Chapter President Richard Underwood assisted by chapter member Bruce Brown presented a memorial wreath at the Global War on Terrorism monument, a memorial honoring our brave military men and women who have made the ultimate sacrifice in the global fight against terrorism since 9/11.

Chapter member Dan Dederick was the guest speaker at the ceremony. Dan was recently appointed as the North Carolina Civilian Aide to the Secretary of the Army. Dan’s wife Marge was in the audience.

Another chapter member, NC Senator Kirk deViere, his wife Jenny and their son Grayson were also in attendance.