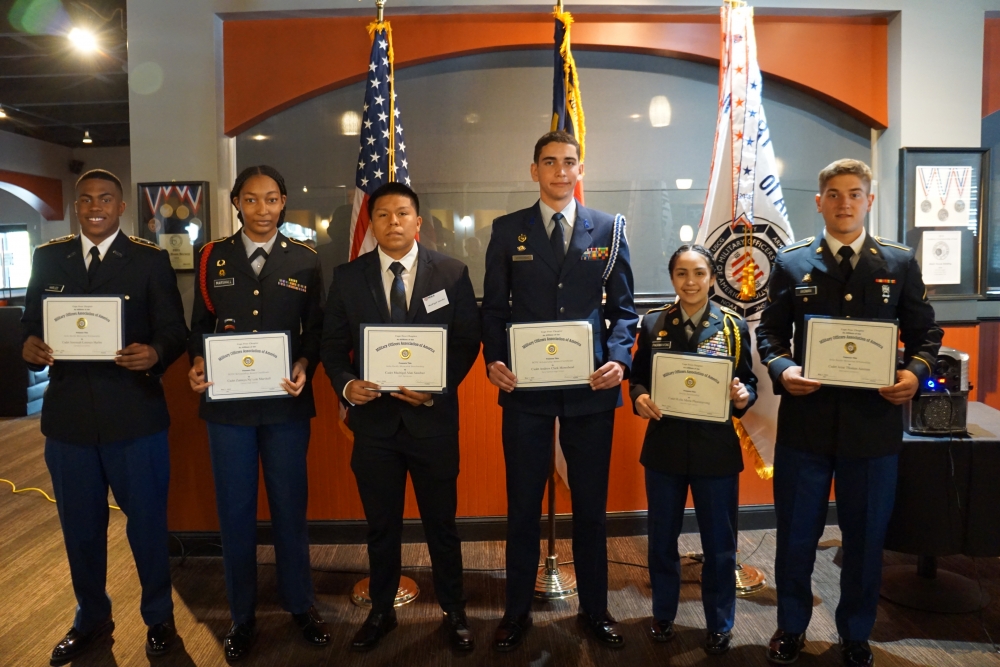 This general membership meeting was the first meeting in person since January 2020 because of the corona virus pandemic. The atmosphere was festive as folks were overjoyed at being able to socialize once again after a dreadful year.

The event presented the opportunity to observe the chapter’s 60th Anniversary as an affiliate of MOAA. The chapter was founded on March 22, 1961.

This being the seventh annual ROTC Scholarship Awards Luncheon the central item on the agenda was the presentation of seven scholarship awards as follows:

Scholarship recipients were accompanied by parents, family members, ROTC instructors, school principals or their representatives, too numerous to list here.

Chaplain Tim Atkinson led the assembly in the singing of the National Anthem and God Bless America.

Event program and speaker's bio can be accessed at download bar above.