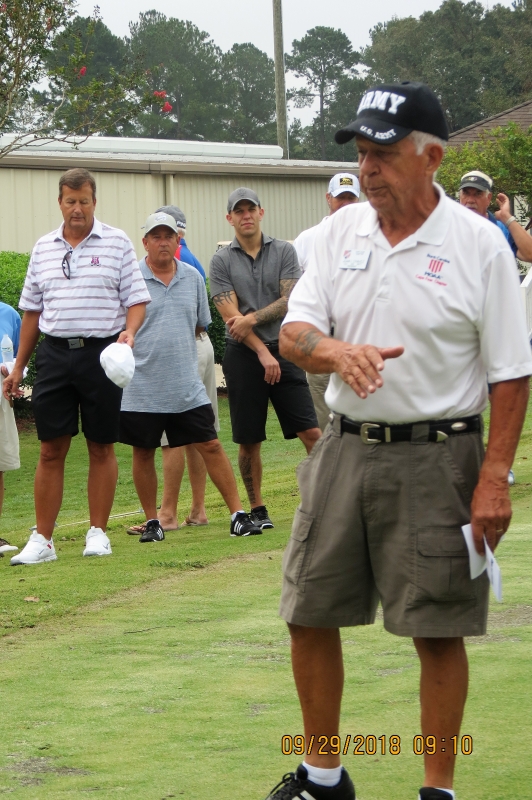 Chapter President Chavez welcomed 91 tournament participants, especially 28 active duty soldiers who were treated by chapter members to play in the tournament, thanking them for their service and sacrifices. He explained that due to Hurricane Florence, the tournament was postponed twice (originally scheduled for September 15) because of the extensive flooding and damage to the golf course.

President Chavez announced that two members of the chapter (LTC (Ret) Carl “Pat” Flanagan, Jr., USA and his wife Trish) perished in a house fire the night of the hurricane. To honor their memory President Chavez announced that this year’s tournament was dedicated to them. Chaplain Atkinson led the group in a memorial prayer at the practice putting green.

President Chavez thanked and praised the staff of Baywood Golf Course for their hard work over two weeks to restore the golf course to playable condition.

Finally, President Chavez recognized and thanked Tammy Beshlin the Tournament Director and all the Tournament Committee volunteers for their hard work that made the event possible and successful.