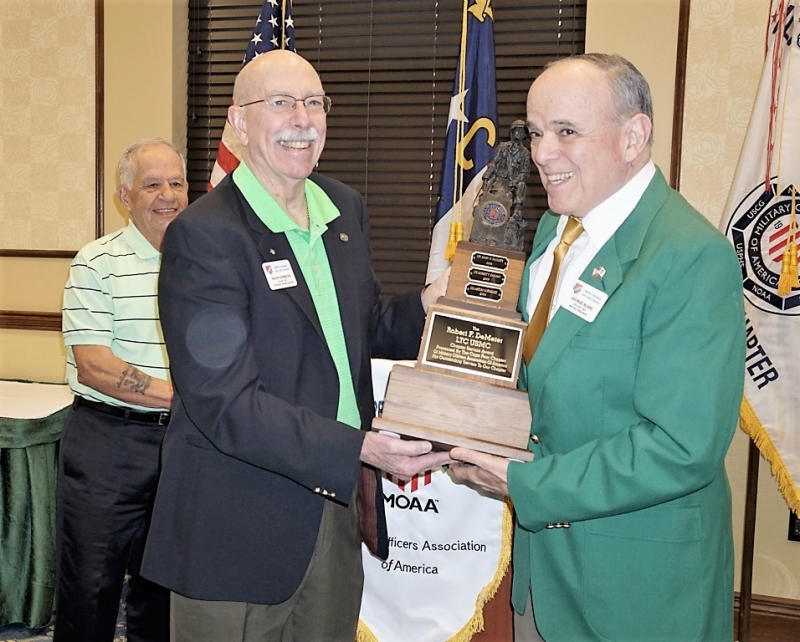 President Chavez called the meeting to order and led the assembly in the Pledge of Allegiance. Chaplain Greg Williamson delivered the invocation.

The principal theme of this meeting was recognition of chapter members for their significant service and/or contributions to the chapter. Following brunch, President Chavez presented several awards.

Finally, the 2017 Robert F. DeMeter Chapter Service Award was presented to George Blanc for outstanding service to the chapter in his capacity as 2nd Vice President and Programs Chairman for the past 5 years. Assisting in the passing of the trophy was Ralph Hinrichs previous year recipient of the award.

Bob Garman was the lucky winner of the 50/50 raffle taking home $60. Chaplain Williamson delivered the benediction and the meeting adjourned.