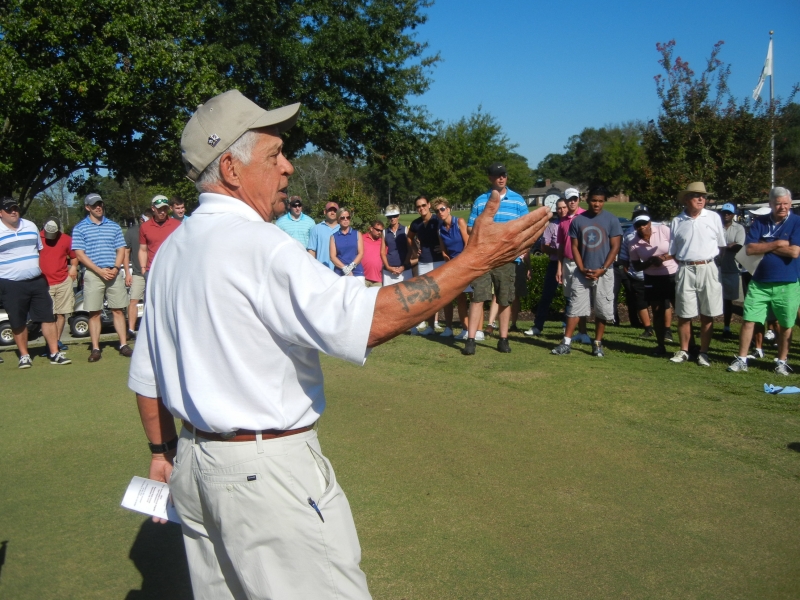 Chapter President Chavez welcomes all 110 tournament participants, particularly 60 active duty soldiers who were treated by chapter members to play in the tournament, thanking them for their service and sacrifices.

President Chavez announced that this year’s tournament was dedicated to the memory of Colonel Harry P. Meinhardt, the patriarch of the Meinhardt family and a resolute patron of the chapter’s ROTC Scholarship Program, who sadly passed away on September 3, 2015.

Finally, President Chavez recognized and thanked Tammy Bashlin the Tournament Director for her personal initiative and hard work that made the event possible.