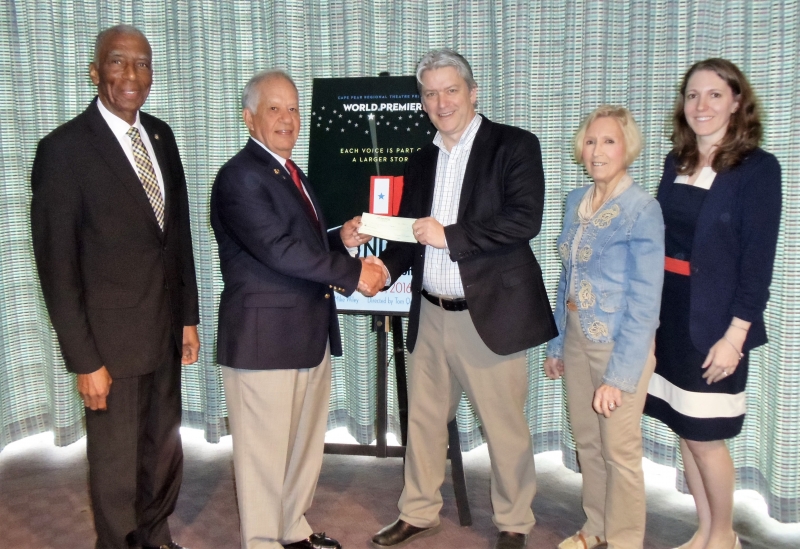 The World Premiere of the play “Downrange: Voices from the Homefront” in March 2016 in Fayetteville received such rave reviews that the need for a video version of the play became immediately apparent.

In response to a solicitation from the Cape Fear Regional Theater to become one of five co-producers of the video production the chapter embraced the project. President Chavez presented a $1,000 check on behalf of the Cape Fear Chapter to Tom Quaintance, Artistic Director of the CFRT; also present were Cape Fear Chapter members Willie Wright and Carol Ivey, both involved in the effort; and, Beth Desloges, Managing Director of the CFRT.

The video was produced for wider viewing by Fort Bragg soldiers, families and leaders; and, perhaps for Army-wide dissemination. The Cape Fear Chapter, MOAA is listed in the “credits” as a co-producer.