The senior awards ceremony 2014 for Fairmont High School was held at the school on 20 May. During the awards for the JROTC seniors LTC (Ret) Bill Dadek, presented to Cadet Captain Sequita McAllister a certificate for her selection to receive a $1,000.00 scholarship from the Cape Fear Chapter for the school year 2014-2015. The event was attended by families and school staff.

Air Force ROTC Detachment 607 of Fayetteville State University held its commissioning ceremony on 9 may 2014. LtCol Allen Gradnigo, the Professor of Aerospace Studies and Detachment Commander and Capt Alycia Laseck, Assistant Professor of Aerospace Studies and Operations Flight Commander, each administered the oath of office to one of the new second lieutenants. The new officers were 2nd Lt Alanna Crockwell and 2nd Lt Michael Smith. LTC (Ret) Bill Dadek presented a set of gold bars and a one year free membership in MOAA to each of the new officers. 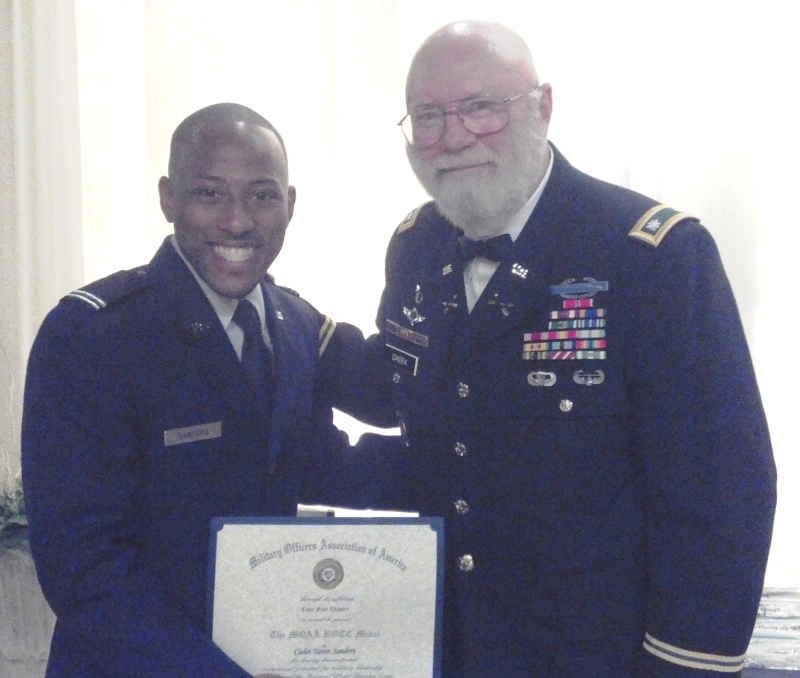 The Air Force ROTC Spring 2014 Dining Out for the combined FSU/UNCP ROTC Detachment 607 was held on 17 April at the Ambiance on Legion Road. Awards were presented to several cadets to recognize their accomplishments during the 2013/2014 school year. Six of the cadets receiving awards will be commissioned on 9 May. 3rd Vice President Bill Dadek presented the MOAA Leadership Medal to Cadet Tarron Sanders and the Cape Fear Chapter $100.00 Leadership Award to Cadet Devonte Lee. The event was hosted by Lt Col Allen Gradnigo, the Air Force Professor of Military Science for Fayetteville State and UNCP. 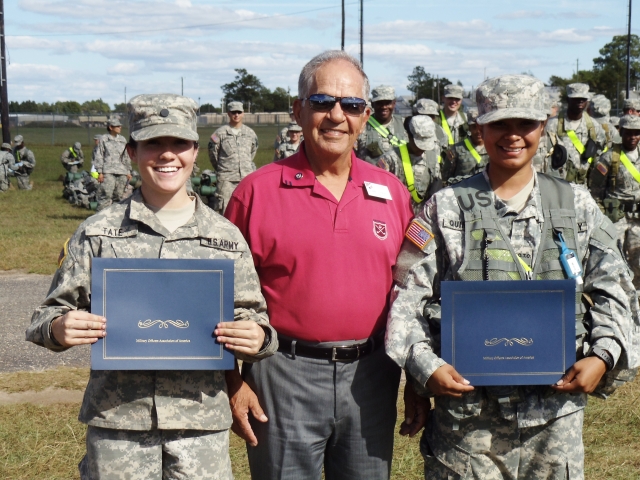 Pike Field Parade Field, Fort Bragg was the site on 29 September for the presentation of two ROTC scholarships and four leadership awards to Army senior ROTC cadets of the four universities supported by the Cape Fear Chapter of MOAA. The scholarships and awards were presented by Chapter President Juan Chavez , assisted by LTC Ed Pethan, Professor of Military Science, Campbell University. 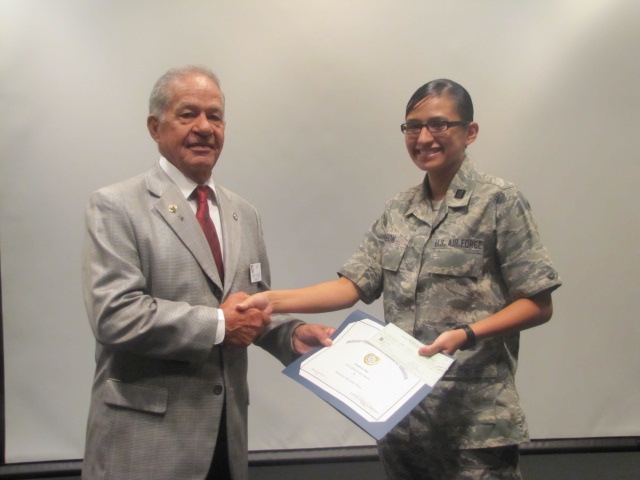 The presentation took place at the end of a leadership class given by Lt Col Allen Gradnigo, Jr., USAF, Commander, AFROTC Detachment 607 and Chair and Professor, Department of Aerospace Studies at Fayetteville State University. The assembled cadets were given an overview of MOAA by President Chavez and 3rd Vice President Bill Dadek. 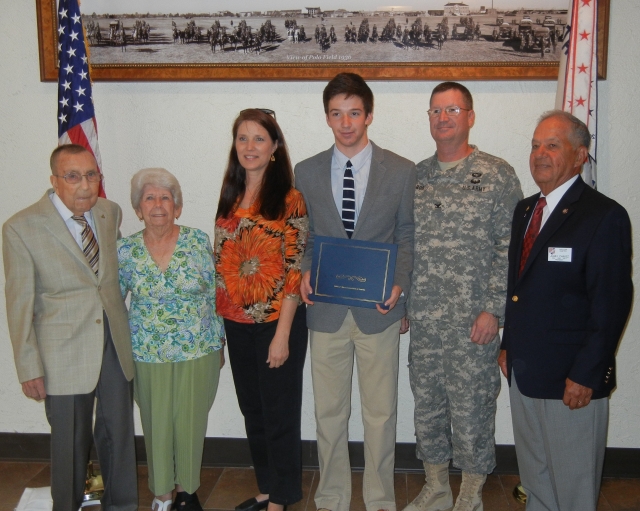 The “Meinhardt” ROTC Scholarship was presented to a senior ROTC cadet at a ceremony presided by Colonel (Retired) Juan Chavez, President of the Cape Fear Chapter, MOAA on 6 August 2013 at the Fort Bragg Club . The $1,000 scholarship was funded by a donation from the seven children of Cape Fear Chapter members, Colonel (Retired) and Mrs. Harry P. Meinhardt to commemorate their parents’ sixty-fifth wedding anniversary. The recipient of the scholarship was Tyler Elrod, a student at University of North Carolina at Chapel Hill. He was accompanied by his parents, Colonel and Mrs. Ronald P. Elrod of Fort Bragg, also members of the Cape Fear Chapter. The check and accompanying certificate were presented by Colonel Meinhardt. Witnessing the presentation was Mrs. Meinhardt and one of the Meinhardt’s daughters, Mrs. Katrina Tiffany representing all of her siblings. 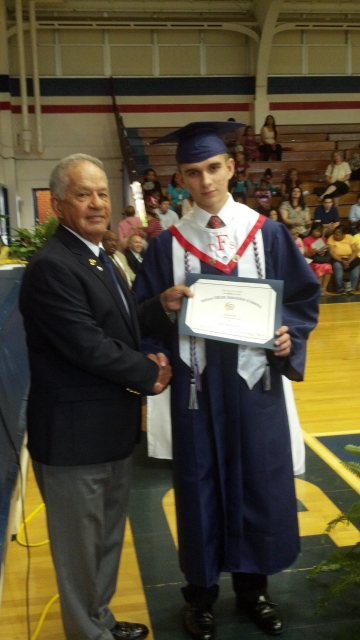 Monday evening the 3rd of June 2013, Terry Sanford High School held its senior awards in the school gymnasium. President Juan Chavez, presented a $1,000.00 ROTC scholarship to Cadet Connor Patrick Hamlet on behalf of the Cape Fear Chapter. Cadet Hamlet is the son of Rick Hamlet & Gerianne Geszler of Fayetteville; he will be attending the University of North Carolina at Chapel Hill in the fall.