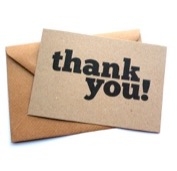 Thanks to our commercial sponsors/supporters and chapter members who responded so generously to the call for donations to the chapter’s scholarship fund necessitated because of the traditional fundraising golf tournament cancelation this year. A total of $17,185 was donated collectively by the following:

While the donations campaign unofficially closed on 1 October 2022, donations will be gratefully accepted through the end of the year, to allow those who did not participate during the campaign window an extended opportunity to contribute.